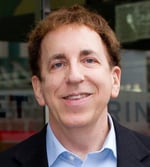 Dean Ornish, M.D., is the founder and president of the non-profit Preventive Medicine Research Institute and Clinical Professor of Medicine at UCSF and at UCSD. For over 40 years, he has directed clinical research demonstrating, for the first time, that comprehensive lifestyle changes may begin to reverse the progression of even severe coronary heart disease and also early-stage prostate cancer as well as other chronic diseases.

In 2010, CMS created a new Medicare benefit category to cover his reversing heart disease program, and it is now covering this when offered virtually via Zoom nationwide.  He is currently directing the first randomized controlled trial to determine if these intensive lifestyle changes may stop or reverse the progression of early-stage Alzheimer’s disease.

He is a #1 New York Times bestselling author of seven books.  His three main-stage TED.com talks have been viewed by over seven million people.

He was appointed by President Clinton and also by President Obama to White House Advisory Commissions and by Governor Newsom and Maria Shriver to the Governor’s Brain Trust on Alzheimer’s Disease Prevention and Preparedness.  He is also a member of The Lancet Oncology “Moonshot Commission” and has been a member of the board of directors of the San Francisco Food Bank.